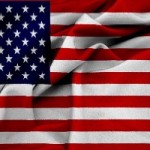 USA National Anthem Lyrics Star Spangled Banner The Star Spangled Banner was written by Francis Scott Key  and composed by John Stafford Smith, it was adopted officially on March 3, 1931. it is important to mention that each state has its own anthem as well. Oh, say can you see by the dawn’s early light […]