Read and Listen National Anthem Of The Russian Federation which was written by Sergei Vladimirovich Mikhalkov and composed by Alexandr Vasilievich Alexandrov. 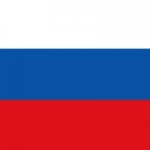 NATIONAL ANTHEM OF RUSSIA   INTRODUCTION: Whenever there is a debate of world largest country is raised, the name of Russia comes in the mind of everybody. Russia is the world largest nation; its boarders are spread from the European countries to the Asian on the other side from the Arctic Ocean to the Pacific. […]

Free Download National Anthem Of The Russian Federation National anthem of the Russian federation was written by Серге́й Влади́мирович Михалко́в (Sergei Vladimirovich Mikhalkov) and composed by Александр Васильевич Александров (Alexandr Vasilievich Alexandrov). the anthem was adopted in December 2000 from the song of the soviet union and the bill was presented by Russia’s new president […]

Russian National Anthem Lyrics Romanization National Anthem of the Russian Federation was officially adopted in December 30, 2000, which is written by Sergei Vladimirovich Mikhalkov and composed by Alexandr Vasilievich Alexandrov. following is the romanization of the national anthem of russia, which is not the translation. Rossiya — svyashchennaya nasha derzhava, Rossiya — lyubimaya nasha […]