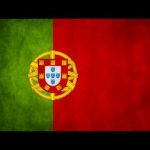 A Portuguesa (English: The Portuguese Hymn), Portuguese pronunciation: [ɐ puɾtuˈɣezɐ], is the national anthem of Portugal. It was composed by Alfredo Keil and written by Henrique Lopes de Mendonça during the resurgent nationalist movement ignited by the 1890 British ultimatum to Portugal concerning its African colonies. Adopted as the marching song of the failed republican […]