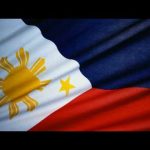 Lupang Hinirang is the national anthem of the Philippines. Its music was composed in 1898 by Julian Felipe, with lyrics in Spanish adapted from the poem Filipinas, written by José Palma in 1899. Originally written as incidental music, it did not have words when it was adopted as the National Anthem of the Philippines and […]