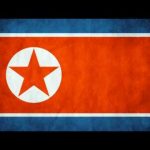 Aegukka (The Patriotic Song) is the national anthem of North Korea. It is also known by the first phrase of the song Ach’imŭn pinnara or “Let Morning Shine.” Before the founding of North Korea, the northern part of Korea initially had as its anthem the same song as South Korea, but North Korea adopted this […]